Gov. Gubbrud’s statue, by Lee Leuning and Sherri Treeby, portrays Gubbrud observing a model of a Minuteman Missile, dozens of which were installed in SD during his tenure.

Gov. Daugaard’s statue, by James Michael Maher, portrays Daugaard, the son of deaf parents, signing “I love you.” In his other hand, he is holding a shovel, recalling his leadership during the 2011 Missouri River floods and his emphasis on stewardship.         That hand is also literally “pinching a penny.”

Daugaard and Gubbrud will be placed later today. Elrod will he placed in the coming weeks. 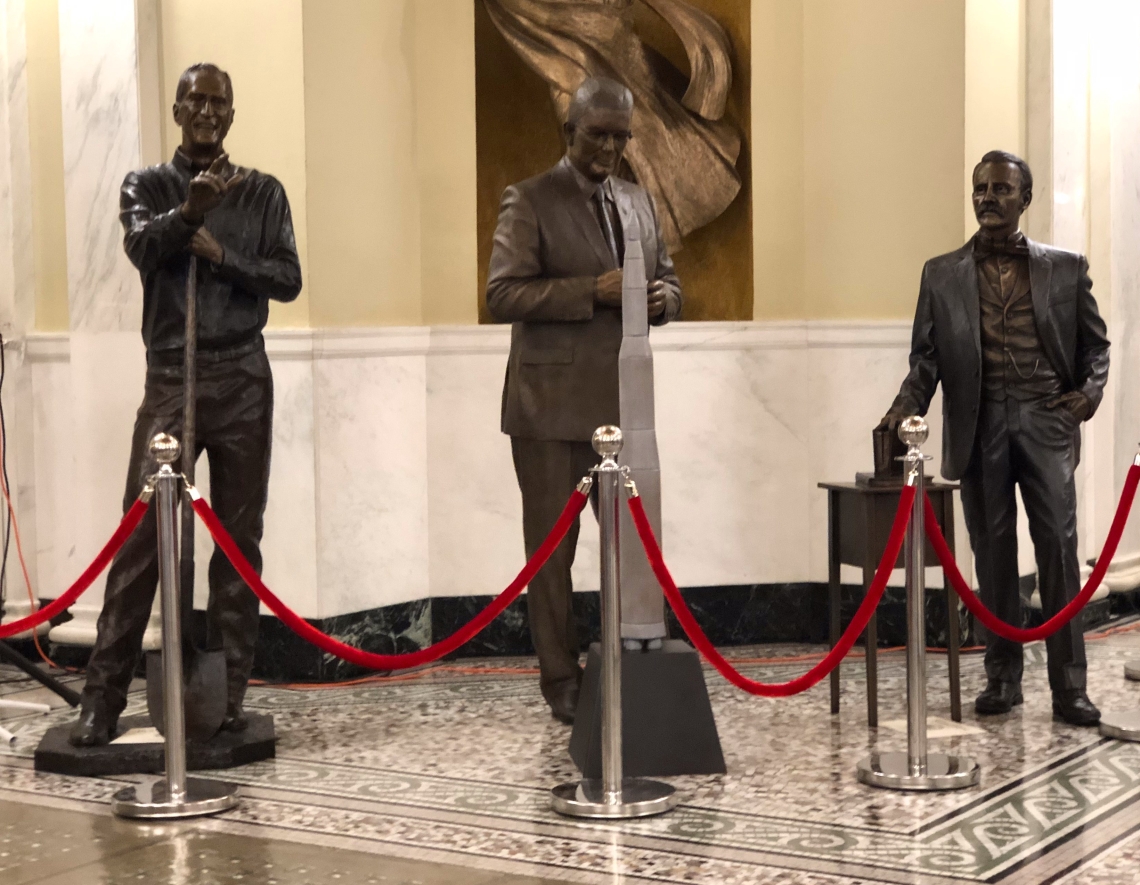 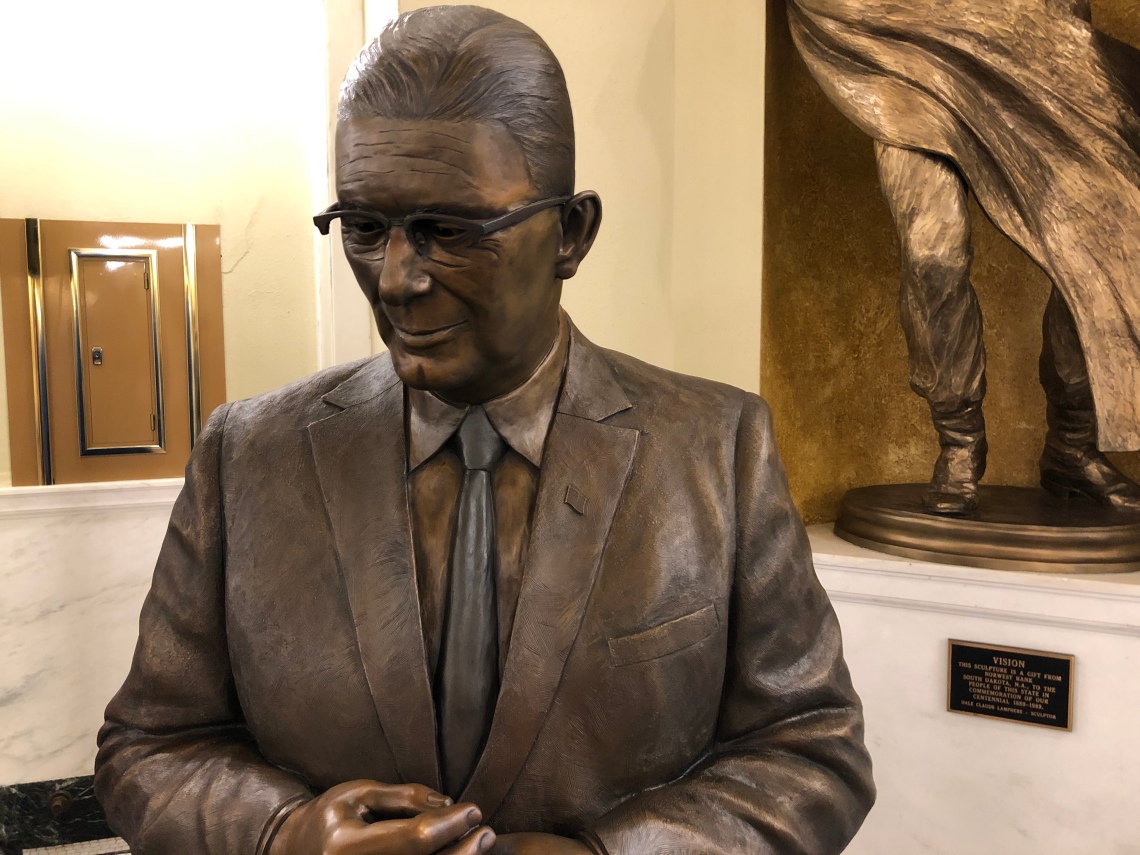 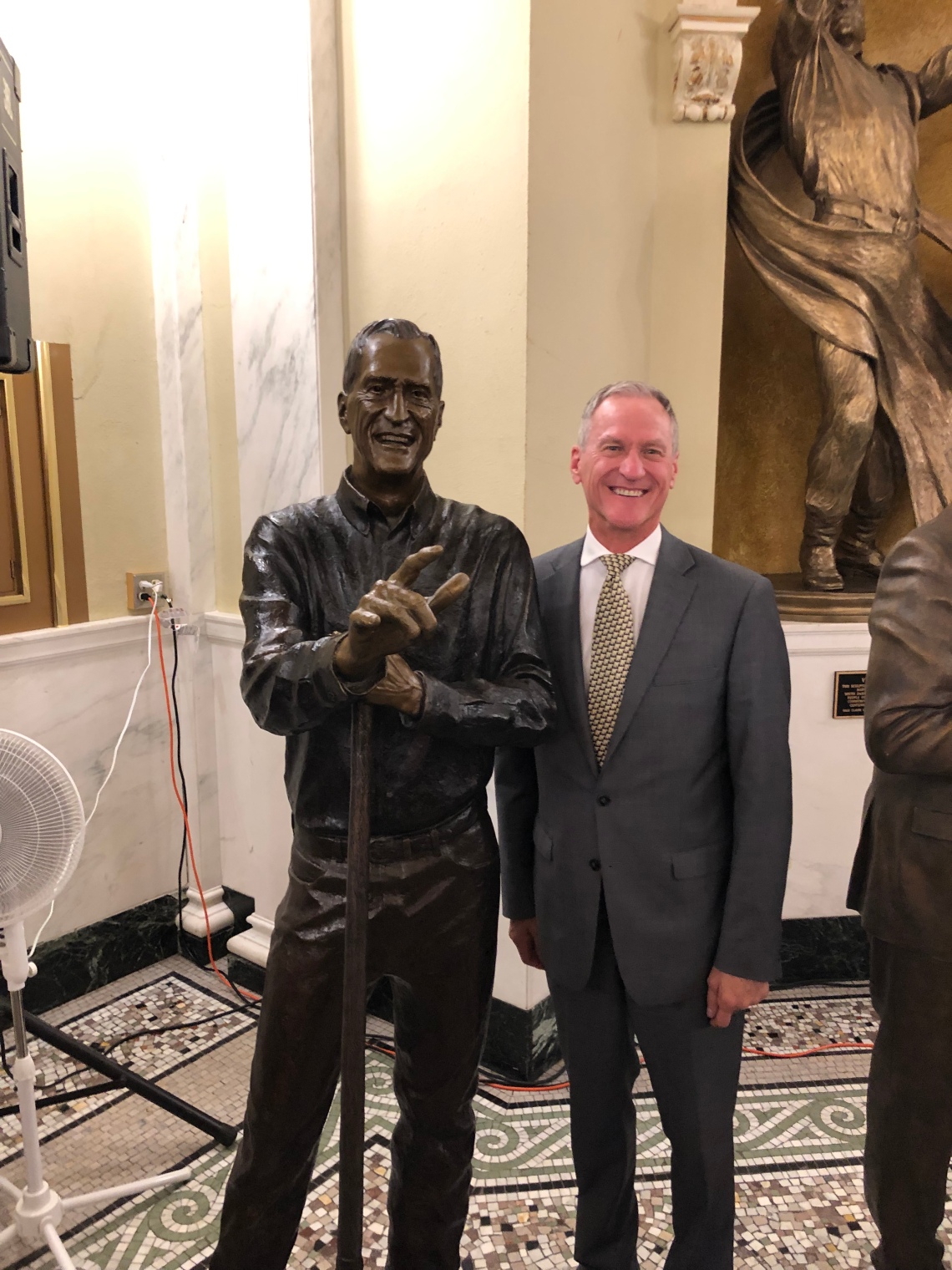