Kristi Lynn Noem has been elected the 33rd Governor of South Dakota. The Hamlin County Republican and her running mate, Larry Rhoden of Meade County, defeated Democrats Billie Sutton and Michelle Lavallee. Noem and Rhoden will be sworn in on January 5, 2019. 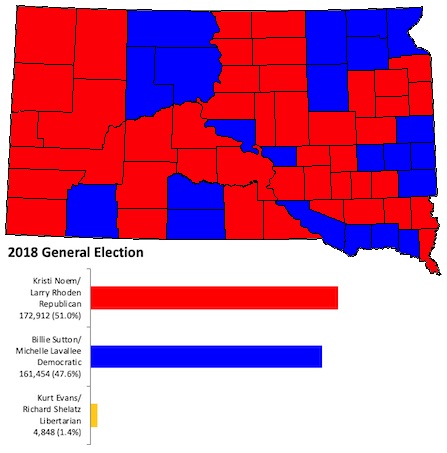