It is just over three weeks until the South Dakota’s Republican gubernatorial primary, which pits Congresswoman Kristi Noem against Attorney General Marty Jackley. The winner of the competitive primary contest will face Democratic Senate Minority Leader Billie Sutton in the fall election.

As Jackley and Noem criss-cross the state’s sixty six counties, political observers wonder how geography will play into the result. Will the candidates win their home areas – Noem in the Northeast and Jackley in the West? Who will win in the James River valley, or in the Republican stronghold north of Pierre and west of Aberdeen? Of course, the Sioux Falls area is key – 25% of SD Republicans reside in Minnehaha or Lincoln county.

For reference, I am posting county-by-county maps showing the results Republican gubernatorial primaries in every open-seat primary since 1978. They may or may not have much predictive value, but they are an interesting reference as we await the primary. All data is taken from the SD Secretary of State’s election history page. (In my opinion, 1986 and 1994 are the most interesting, as these were the closest of these five).

(For reference, I have included a map labeled with county names at the bottom. If you are interested, I have these election maps for every gubernatorial primary and general election since 1889. Use the contact tab if you’d like to see one in particular.) 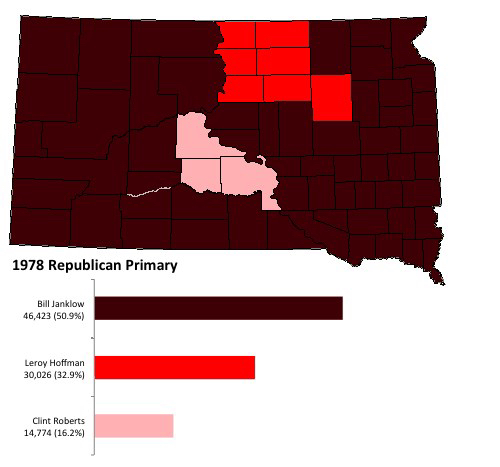 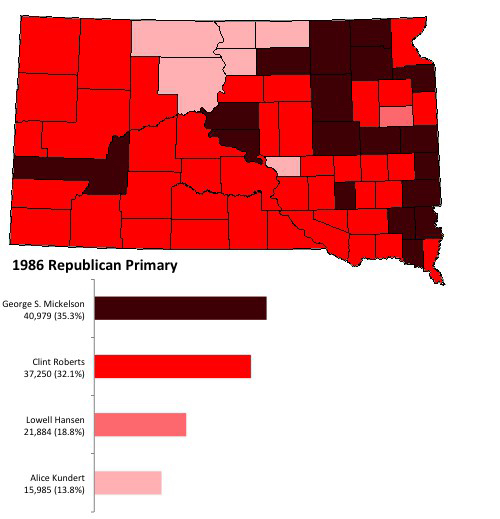 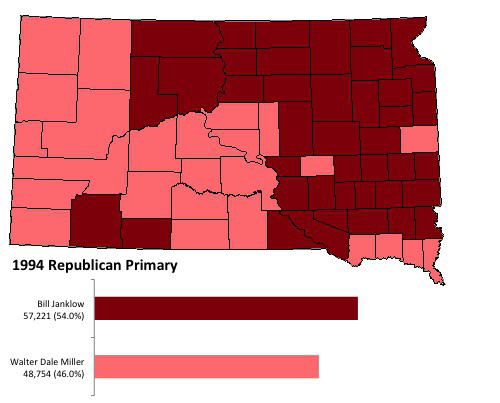 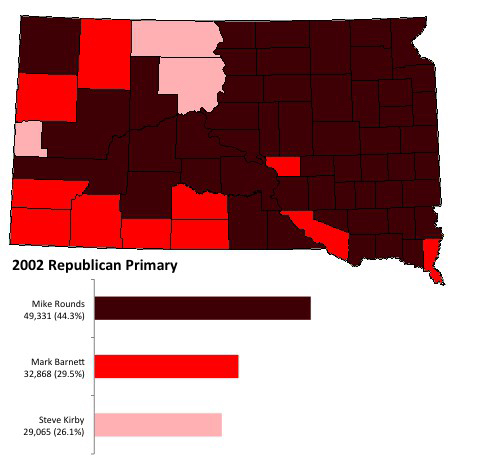 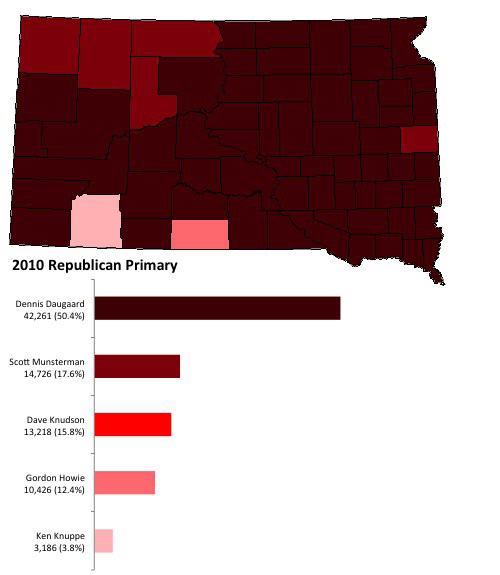 Notes:  “Oglala Lakota County” was known as “Shannon County” prior to 2015. As it is shown on this map, Jackson County also includes the former Washabaugh County; the counties were merged in 1983. The 1978 election map above denotes that with a grey border; although separate, the two counties jointly reported election results in 1978.